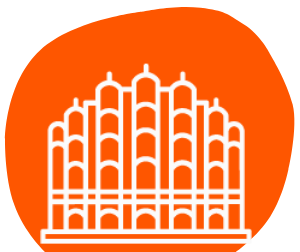 your space in Jaipur

About Jaipur
Jaipur is the capital of India’s largest state, Rajasthan. It emits the royal family culture that once ruled the region and that, in 1727, founded Jaipur or what is now also called the Old City, or ‘Pink City. At the centre of its stately street grid stands the opulent, collonaded City Palace complex. With gardens, courtyards and museums, part of it is still a royal residence. Jaipur is a popular tourist destination in India and forms a part of the west Golden Triangle tourist circuit along with Delhi and Agra. It also serves as a gateway to other tourist destinations in Rajasthan such as Jodhpur, Jaisalmer, Udaipur, Kota and Mount Abu. Besides, the city is also a popular choice of place for short trips amongst people from nearby states. You can stay at your-space luxury PG in Jaipur at your visit.

Jaipur is a culturally rich city and has many cultural sites like Jawahar Kala Kendra and Ravindra Manch. There is a government museum at Hawa Mahal and an art gallery at Viratnagar. Statues are depicting Rajasthani culture around the city. Some of the crafts that are famous from Jaipur include bandhani, block-printing, stone carving and sculpture, zari, gota-patti, kinari and zardozi, kundan, meenakari and jewellery, Lakh bangles, miniature paintings, blue pottery, ivory carving, shellac work and leatherware. Jaipur is also known for excellence in performing arts like Kathak and Ghoomar, among others. The Jaipuri cuisine has the hearts of bazillions of people! Dal Bati Churma and Ghevar are some of the dishes that are known and loved across the country! Planned by Vidyadhar Bhatta charya, Jaipur holds the distinction of being the first planned city of India.
View less
Dahmi kalan
Raja Park, Jaipur Just a few minutes away from Pearl Academy is your-space of comfort, convenience and community. Walk in through the doors to live the lifestyle you also imagined.

Just a few minutes away from Pearl Academy is your-space of comfort, convenience and community. Walk in through the doors to live the lifestyle you also imagined. Chilling is as important as studying! Play all kinds of games, socialize and get some reading in from a select library of books at the several recreation areas across our hostels. For those who believe fitness comes first, we provide a fully stocked gym in each of our locations! No need to look out anywhere else or pay additional costs for your daily workout. The only rule to watching Television at our hostels – having the vision to grab the remote first! From catching the latest in sports, to bonding over a movie, here is where communities are formed. They say there is no replacement for ‘Ghar Ka Khaana’! While that might be true to some extent, our culinary team makes their best efforts to provide residents with the next best thing.

Am I safe in your PG hostel in Jaipur?

With Your-Space, undoubtedly! Our PG hostel in Jaipur is a gated property, guarded by security personnel round the clock. Besides, with high-tech security systems like CCTV cameras and biometric entry installed, we assure you, you are safe with us!

How do you make your PG in Jaipur COVID-19 safe?

A highly-trained and efficient team of housekeeping staff is appointed at each of our properties. They take care of the general everyday hygiene of our spaces. Besides, regular sanitization is also taken care of by designated professional personnel.

What are the food options at your PG in Jaipur?

At our PG/hostel in Jaipur, we offer you the best home-style meals prepared fresh and served hot by an excellent culinary and property staff team. Food is prepared, keeping in mind that students come from different cities and states. Food at Your-Space is known for the perfect blend of nutrition and flavour!

Is there a power-backup system at your hostel in Jaipur?

Yes, we have a power-backup system installed at our hostel in Jaipur.

Is there Wi-Fi available at your PG for boys in Jaipur?

Yes, we always keep you connected! High-speed Wi-Fi connections are installed in our PG for boys in Jaipur.

Do you have room on a sharing basis in your hostel in Jaipur?

Yes, we provide various occupancy plans – including single occupancy, double occupancy, and triple occupancy. You can choose as per your need and preference.

What do we get in a room at your PG for boys in Jaipur?

Our rooms are fully furnished and consist of everything you can need. Apart from all basic furniture, including bed, mattress, and cupboard, our rooms come with pre-installed a/cs and geysers. Yet, rooms are spacious and have great ventilation and exposure to natural light.

Do you have any boys PG in Jaipur?

Yes, we have a boys PG in Jaipur, contact us to find out more about our booking options!

Is there any PG near Dahmi Kalan, Rajasthan?

Yes, we have a PG option near Dahmi Kalan. Contact us for more information.