Gurugram Guide 2022 | Best Places to visit | Things to do

Gurugram, formerly known as Gurgaon, is a beautiful, and upcoming industrial super-power of a city located in the state of Haryana. Situated near the Delhi-Haryana border, barely 30 kilometres from the heart of the country, New Delhi, Gurugram is one of the major satellite cities of the National Capital Region (NCR). Gurugram is India’s second-largest IT hub and third-largest financial and banking hub. Despite being India’s 56th largest city in terms of population, Gurugram is the 8th largest city in the country in terms of total wealth. Naturally so, the city thus, serves as the home to the headquarters of many business giants, thousands of startup companies and has local offices for more than 250 Fortune 500 companies.

In the last few years, the city of Gurugram has witnessed phenomenal growth in all spheres of developments, particularly in industry and urbanization. Today, it has become a hub of multinational companies, industries giants, call centres, software companies, shopping malls and skyscrapers. The city is well-connected to neighbouring states like Rajasthan, Uttar Pradesh and Delhi which attracts an inflow and travel of huge numbers of people every day. The Gurugram-Manesar-Bawal belt has emerged as the auto hub of the country, thereby offering ample opportunities to job-seekers and entrepreneurs. Besides, the city is also a major attraction for the youth as it homes numerous cafes, clubs, restaurants, game zones, adventure parks. 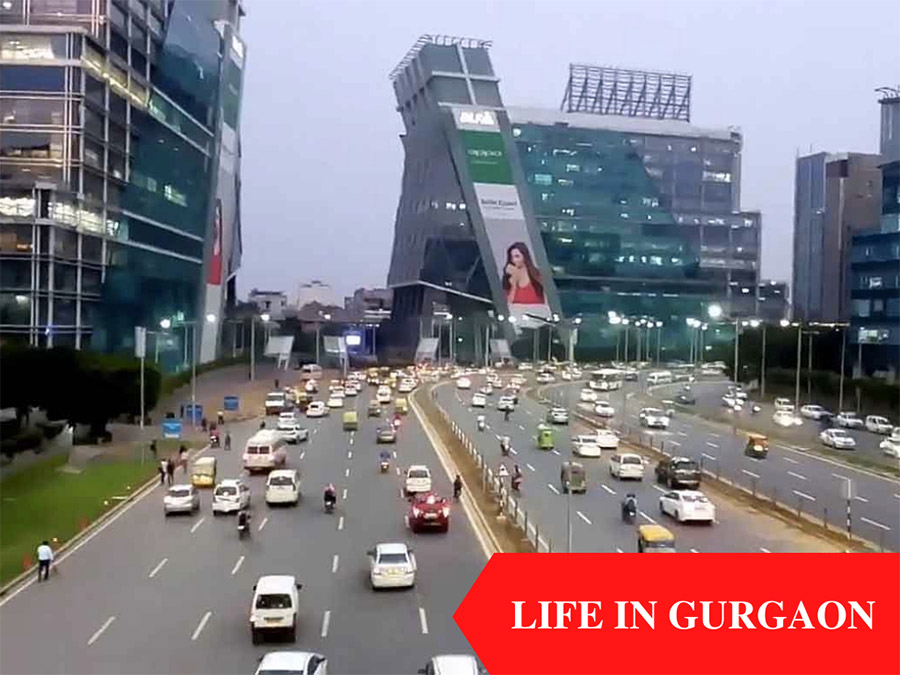 Life in Gurugram is a complex mix of people who work all day and party all night! However, Gurugram is so much more than its skyscraping offices and neon coloured clubs and cafes! Here are some interesting facts about the various aspects of the city:

Architecture: Gurugram has architecturally noteworthy buildings in a wide range of styles and from distinct time periods. However, the most notable factor of Gurugram is skyline with its many skyscrapers which is nationally recognised, and the city has been home to several tall buildings with modern planning. The housing type in the city consists largely of attached housing, though many attached multi-dwelling units, including apartments, condominiums and high rise residential towers are getting popular.

Walk Into Nature: Other than the concrete walls and tall buildings, this city also offers ample space to nature unlike many. Some of the major parks in the city include Leisure Valley Park in Sector 29; Tau Devi Lal Biodiversity Botanical Garden in Sector 52; Netaji Subhash Chandra Bose Park (HUDA Garden) in Sector 14; Tau Devi Lal Park in Sector 23; and Aravalli Biodiversity Park on MG Road. Besides, there are local parks in almost all sectors in Old Gurugram.

Education: The city’s public school system is managed by the government of Haryana and administered by the Haryana Board of School Education. There are numerous government & private schools located in the city. The city is also home to 10+ huge universities, bringing in students from across the country – and supporting the students of the city itself with a high-quality education. Some of the top Universities in Gurgaon are Sushant (Ansal) University, Soil University, GRMI, SGT University, Amity University, MDI Gurgaon etc.

Entertainment: Gurugram city is also a hub of entertainment – theatre, performing arts, concerts – all these find both infrastructure and an audience in the city. Notable performing art venues in the city include Epicentre in Sector 44 and Nautanki Mehal at the Kingdom of Dreams near IFFCO Chowk. Kingdom of Dreams of Gurugram is India’s first live entertainment, theatre and leisure destination. Inaugurated in January 2010 KOD was opened to the public in September 2010. Spread over 6 acres, KOD is run by the Great Indian Nautanki Company (GINC), a joint venture between Apra Group and Wizcraft. It attracts a huge footfall every year – bringing in an audience and tourism for the city.

Sports: The city homes enthusiasm for sports as well, through its two major sports stadiums: Tau Devi Lal Stadium in Sector 38, which has facilities for cricket, football, basketball and athletics as well as a sports hostel, and Nehru Stadium which is designed for football and athletics. Several games and matches are held in these stadiums, besides regular practise and training for various sports.

Local Travel: The city is well connected via the extension of Delhi Metro. For the city, there are five stations served by Delhi Metro Rail Corporation Ltd. located on the Yellow Line, which are HUDA City Centre, IFFCO Chowk, MG Road, Sikanderpur and Guru Dronacharya. The extension of this Delhi Metro Yellow Line is approved by the Government of Haryana and connects the city to the rest of the NCR. Since NCR’s international airport also falls in the city of Gurugram, travel through the metro has made it easier for people to travel to the airport through the additional Airport Line by DMRC. Besides, the Rapid Metro has eleven stations in Gurugram, with an interchange with the Yellow Line of Delhi Metro at Sikandarpur metro station, which further connects the different parts of the city – making it easy and comfortable for the people to travel.

Night-Life: As much as the city is famous for its longest and busiest working hours throughout the day, Gurugram is also widely known for its amazing nightlife. Gurugram’s nightlife has evolved with cocktails bars, restaurants with bars, clubs, breweries and lounges mushrooming across the city. Besides a loud club night for you to forget the worries of the day, the city also offers you several options to soothe and uplift your mood.

Sheetla Mata Temple: If you are a believer, one of the nine Shaktipeeths in the country Sheetala Mata Devi in Gurugram Village The Religious Temple pond is a must-visit place for you – especially during the vibrant festivals of Navratri and Diwali. The peace and release one experiences in the ‘sharan’ of this godly place are unmatched for sure. 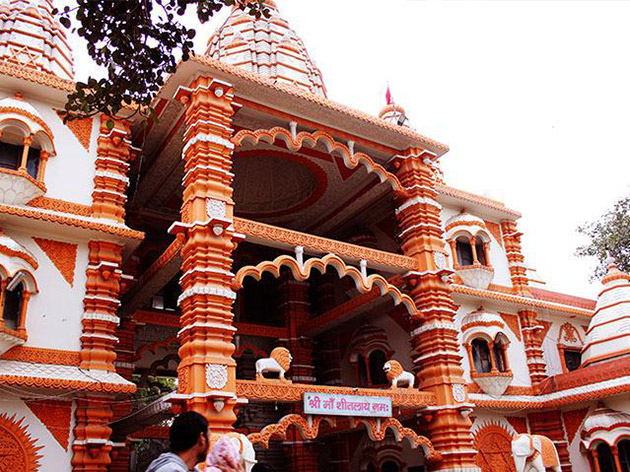 In Gurugram district 46 kilometres from the Capital Delhi, is the Sultanpur National Bird Sanctuary on the Gurugram-Farukhnagar Road. The Credit for the discovery of this bird sanctuary goes to a bird lover named Peter Jackson. There is also an ancient lake here. About one hundred species of birds and Siberia countries for reproduction every year in this huge natural lake, spread over about 265 acres of land, National & International tourists visit this Place. 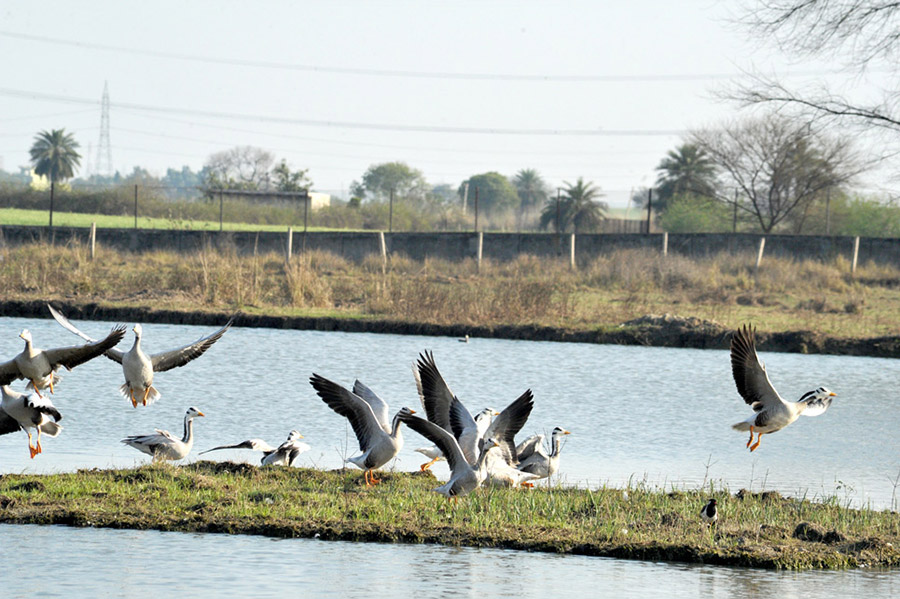 Sushant University was established in 2012 under the Haryana Private Universities Act 2006 in the heart of Gurugram, India’s largest hub of National and Fortune 500 companies. The University has eight different schools offering programs in Architecture, Design, Law, Management, Hospitality, Engineering, Health Sciences, and Planning & Development. These schools have carved a niche by offering contemporary programs delivered by some of the most renowned faculty members who are acclaimed nationally and internationally. The curriculum design is guided by an inter and trans-disciplinary approach that incorporates pedagogies that expand learning opportunities, ensuring higher-order learning outcomes. Besides, these schools offer state-of-the-art infrastructure and facilities to promote this academic excellence. The University has collaborated with some of the finest Universities and Institutions in the UK like the University of Warwick, the Art University of Bournemouth, University of West England and Vatel International, France in the areas of Curriculum Development, Student and Faculty Exchanges, Joint PhD supervisions, joint research Conferences, seminars and study semesters abroad.

The University has been awarded the National Education Excellence Award “Best Private University in Northern India 2017” along with the “CSR Excellence in Education” award for 2 consecutive years i.e. 2017 and 2018. With the core ideology of being futuristic with the mission “AHEAD. FOR LIFE”, and a vision to achieve excellence in higher education through research, Innovation, participatory governance and global presence. The University attracts students and faculty members from all across the country. 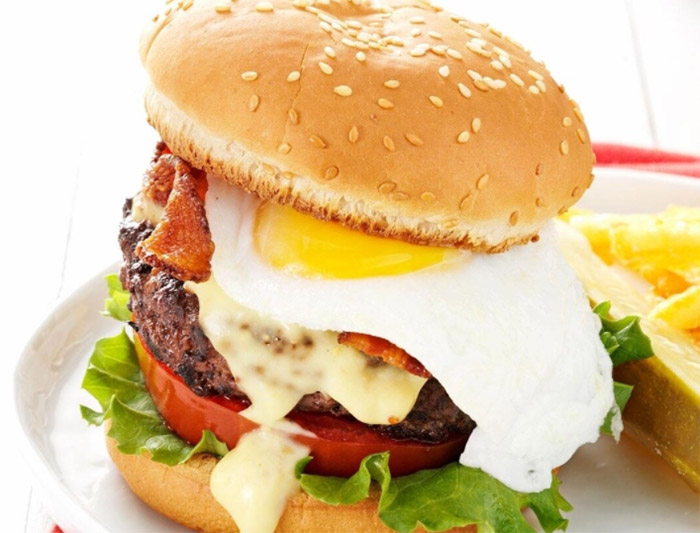 This cute place in Sushant Lok I, Gurugram is known for serving scrumptious continental breakfast and lunch options. As the foodies of eazydiner.com say, you should not miss their ‘American Breakfast’, ‘Breakfast Grill Platter’, ‘Omelette Cheese Pizza’, ‘Conti Style Egg Roll’, ‘Chicken Sausage Omelette’ and ‘Cloud Egg’ at The Egg Company. 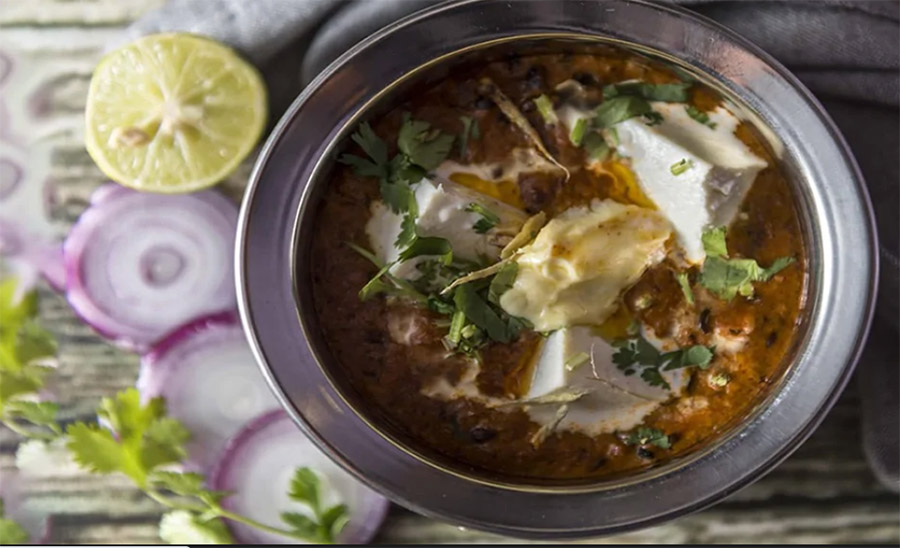 This little treasure of a place hidden in the lanes of Sushant Lok serves lip-smacking street food and dishes across North Indian, Chinese and Mughlai cuisines. Serving both veg and non-veg food, this spot is good for quick bites on your evening walk. 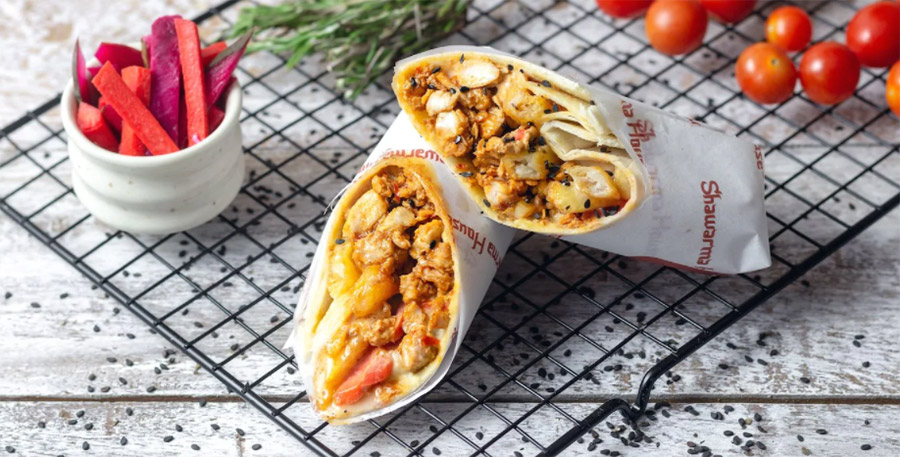 One of the most popular street food cuisines coming up these days is definitely Lebanese! Shawarma Rolls, Falafel, Hummus – and all that delicious food has taken over the minds of the foodie youth today. Shawarma House in Gurugram offers scrumptious portions of shawarmas, pita pockets, food platters, salads, kebabs, wraps and so much more that are packed full of authentic Middle Eastern flavours and spices. A must-try here is definitely their Chicken Shawarma that they serve with their signature dips like Harissa Sauce and Garlic Mayonnaise on the side. 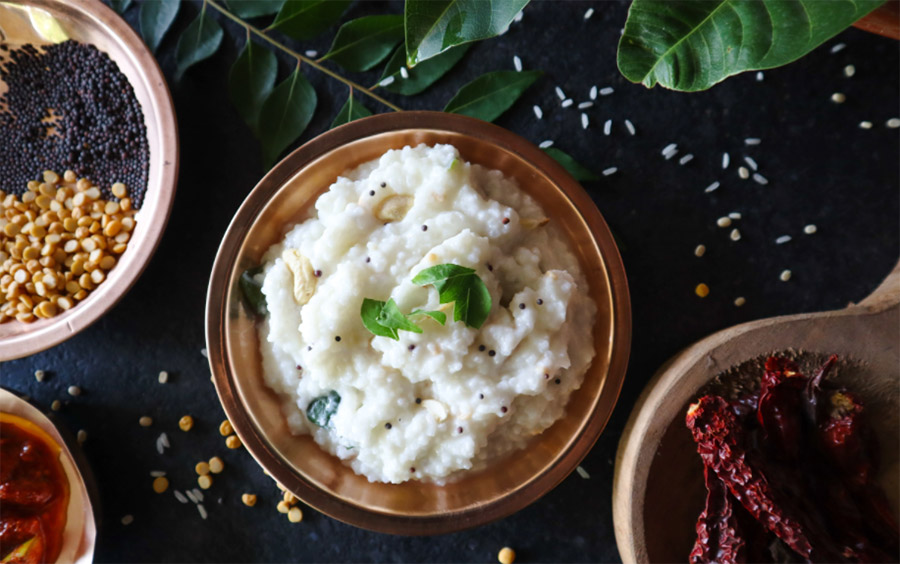 Another major favourite cuisine of most North Indians is South Indian food! Carnatic Cafe in Gurugram brings you the best of it, on a budget! It is said that this place is bound to carve a place in your hearts, right after your first bite. Must try their Rasam Papad, Bombay Dosa and Ghee Roast Gunpowder Dosa. 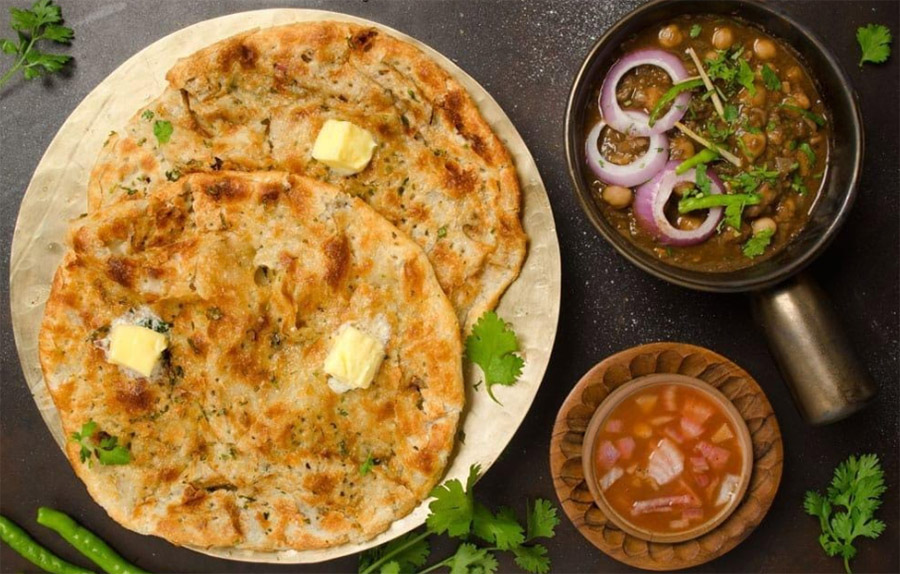 I mean, they have ‘kool’ in their name so Koolchas obviously is the place to be! Strongly committed to their safety and hygiene measures, Koolchas serves the most amazing fusion kulchas! Can’t get enough of adventure in life? Must try their Vada Koolchas, Coffee Wali Chai and Paneer Jalpharezi Kooleeza (Kulcha + Pizza!). If that makes you more than full, you can ‘kool’ down your tummy with their famous kulfis! 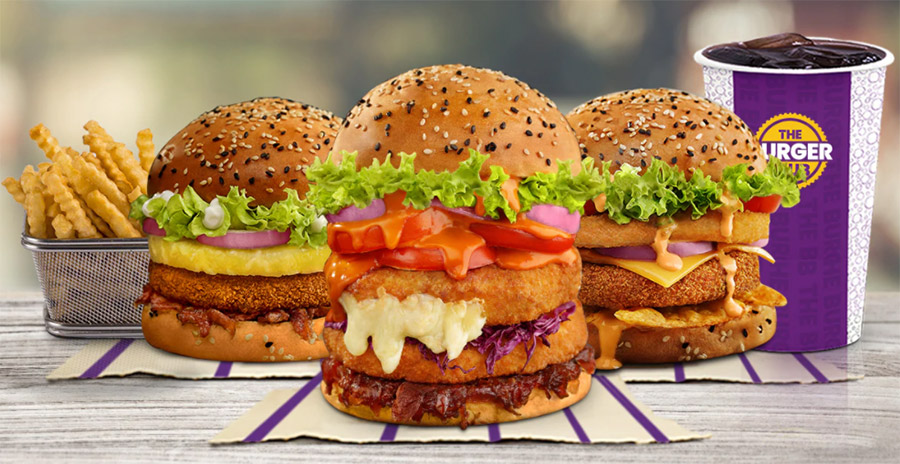 The Burger Club, as the name suggests is the home to all things awesome and burgers! The perfect refuge for shoppers looking to refuel with some delish grub, TBC offers you burgers, fries, milkshakes and what not! If that isn’t just amazing, they also have indoor games and novels that will make this place your new spot! Must try their Onion Rings, Potato Wedges, Peach Ice Tea, Royal Veg Club and Devil Mutton Club and delve into the madness of amazing food! 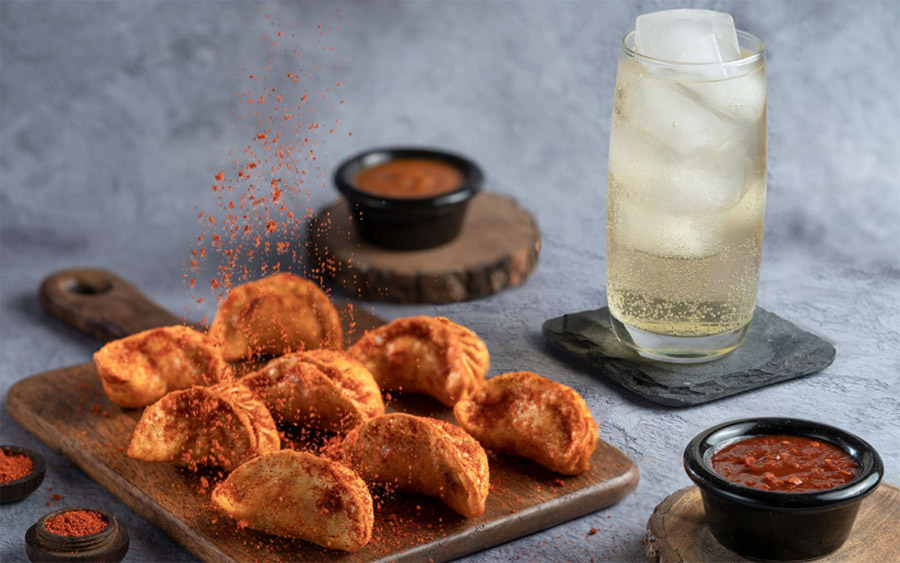 Is there anything more addictive than momos? If you hail from Delhi NCR, you have to be a die-hard fan of this beautiful invention of food – momos! Yangkiez here from Sec 50, Gurugram serves delicious momos! If you are someone who wants to try all the momos of the world, start with their Kurkure Momos, Chicken Zinger Momos, with a side of Cheese Corn Nuggets and Fruit Beer.

Art, Books, Food and more: Things to do in Koramangala, Bangalore

One of the most popular neighbourhoods in Bangalore, Kormangala is the place to be with its swanky restaurants, bustling…

As per a 2019 report by the media agency Times Of India, 89% of students were dependent on off-campus…

Internships, Freelancing and More: Ways to earn some extra bucks as a student

It is no secret that everything around us is becoming more expensive each day. The brunt of the rising…

Reasons why Ahmedabad is preferred by students for higher education

Ahmedabad has thrived as a vibrant city and educational hub for several years now. The largest city in the…

Co-living vs College Hostel: What should you pick as a student living in Noida